Skuodas is a historic town in the Lithuanian Republic, located near the Latvian boarder, 40 kilometres away from the Baltic Sea and 350 kilometres from Vilnius. It sits on the nexus of the Luoba and Bartuva rivers. In historic documents, Skuodas was first mentioned in the year 1253. At that time, the town was part of the territory occupied by the Kursiai, called Ceklis. Chroniclers describe the battle of Livonia of 1259, against the Lithuanians (Samogitians), which took place near Skuodas. The first catholic missionaries reached the town in 1567. To commemorate them, a monument stands in the town’s centre. In 1572, nobleman J. Chodkevicius won the rights to govern the town. The Sapiegos nobles governed after his rule. The district school in Skuodas opened in 1614. Skuodas and the surrounding area suffered during the North War which occurred between 1700 and 1721. In 1831, rebels attempting to win freedom from crazist Russia, occupied the town. After czarist forces suppressed the rebellion, they took Skuodas from the Sapiegos. In 1833, 11 shops and 22 pubs operated in the town. Fires damaged the city in the years 1769, 1835, 1897 and 1909. The railroad running from Klaipeda to Riga was built through the town in 1914. The first primary school opened in 1918, the first secondary school – in 1928. During World War II, the town was largely destroyed. Many Jews lived in Skuodas before the World War II. They worked in trade and in handicrafts. Only the Evangelic-Lutheran Church, built in 1821, and the Catholic Church built in 1850, still stand as reminders of the tone’s past. The chimes of the Catholic Church exist even today.

The town now take place 596 hectares, and has a population of 9.100. Approximately 900 individual homes, and 70 multiflat apartment buildings stand in Skuodas. At the entrance to the town’s 35-hectare park, stands a monument to commemorate the nation’s suffering during the post-war period. The town also has a 92 hectare artificial pond. The secondary school, hotel, post-office, library, bookstore, concert hall, and several banks operate in Skuodas. The town also has two petrol pumps, a customs office and bus and railway stations. In 1993, a new 200-bed hospital was constructed. Those who are interested in sports play football and basketball. The chorus Apuole performs in the town. After Lithuanian independence, private shops, pubs and other enterprises, began to appear. Skuodas had a central district when Lithuania belonged to czarist Russia and during the Lithuanian independence period from 1918 until 1940. Since, 1950, the town’s central district exists and occupies 911.17 square feet and has a population of 27 thousand.

The town first stood on the hill on the southern bank of the Bartuva river. In the 15th century, the settlement belonged to the Bishop of the Samogitia. In 1551, the first wooden church was build. At that time, the settlement spread to Baltic Sea and areas of current day Latvia. In 1783, the Church of St. Mykolas Archangels was built. Construction was completed in 1844 when the towers were made taller. In 1841, the town had 709 inhabitants, many of whom were Jews. In 1907 fire greatly destroyed the town. Again on June 6, 1962, fire destroyed the town’s centre. The damaged area was rebuilt with brick, and trees and greenery were painted everywhere. This area became the town’s most frequently visited spot. Now a drugstore, pub, restaurant, and dispensary operate in the town.

THE MOST IMPORTANT DATES IN THE OF HISTORY OF SKUODAS

853 - the Apuoles castle was mentioned

1253 - Skuodas was mentioned in written sources for the first time

1259 - the Battle with Livonian Order near Skuodas

1625 - Skuodas estate was received by the Sapiega through marriage

1702 - Skuodas was occupied by the Swedes

1877 -The Orthodox church began to function

1915 - The Caiser Germany has built a railway near Skuodas1918 - on initiative of the Skuodas dean P. Zadeikis the Skuodas progymnazium was established

1946 - Palace of Culture is functioning

1952 - Children’s library and kindergarten were established

1966 - A music school, concrete bridge connecting the ancient part of Skuodas with its newly built one is erected

1976 -The second high school is built

1991 -In memory of nation’s torment monument is built

Images of Skuodas Shtetl that I have found on the web 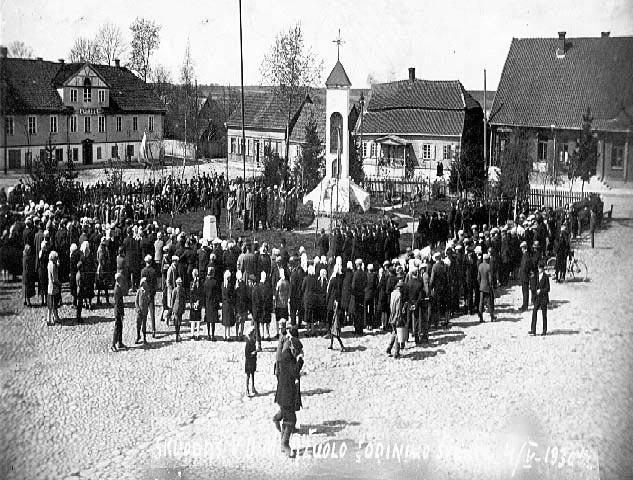 Date 1920s-30s
City Skuodas A view of the cobblestone street where the synagogue was located.

The ceremonial dedication of a memorial monument to the Jews massacred in 1941 at a mass killing site in the vicinity of Skuodas.

Members of the He - Chaluts movement in Skuodas with members of the Ein Chaim pioneering training program hachshara in that city..

Members of the He - Chaluts movement from the pioneering training commune (kibbutz hachshara) in Skuodas..

Members of the Ha - Shomer Ha - Tsa'ir youth movement from the local chapter in Skuodas.. 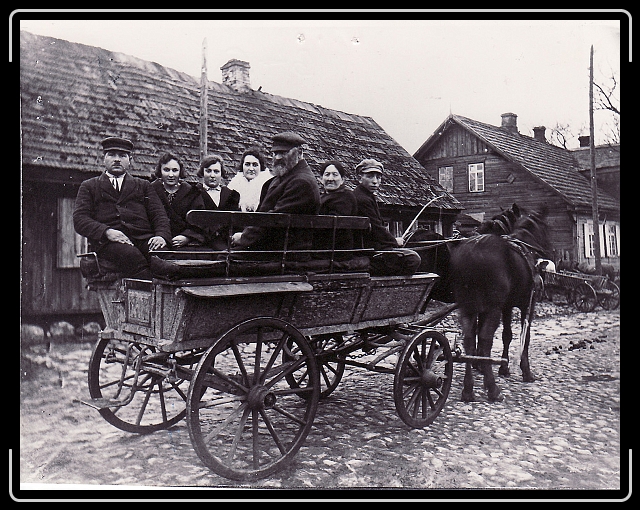 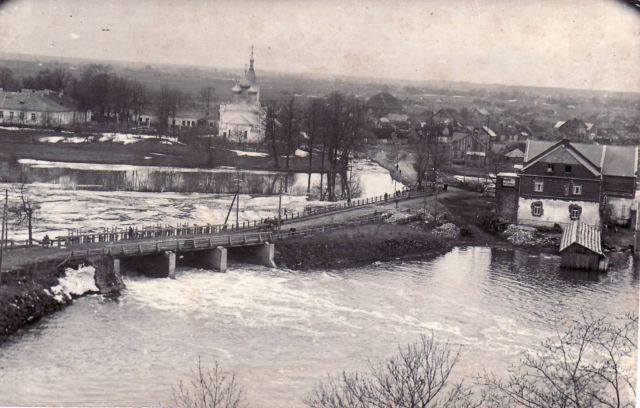 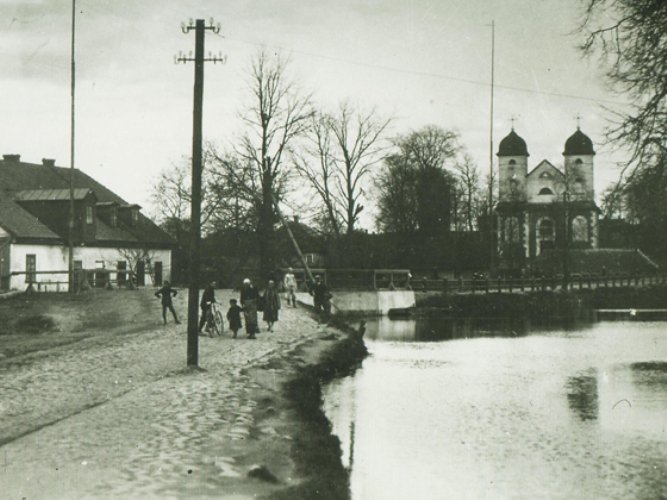 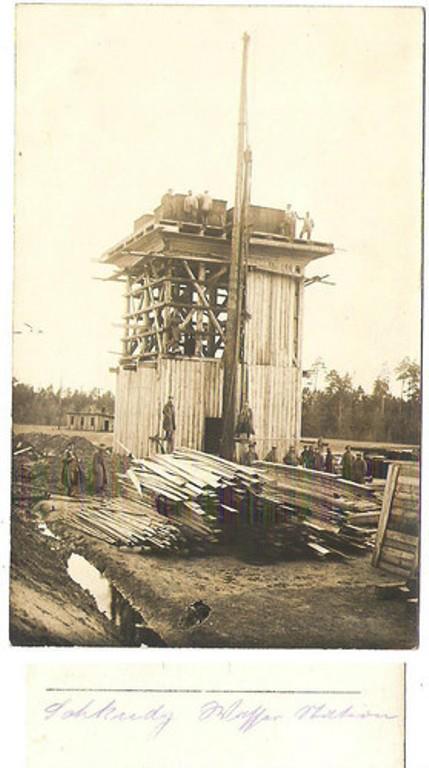 Construction of Skuodas water station about 1915 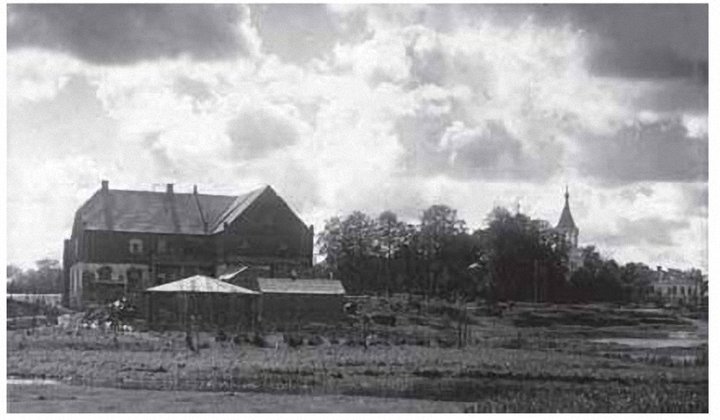 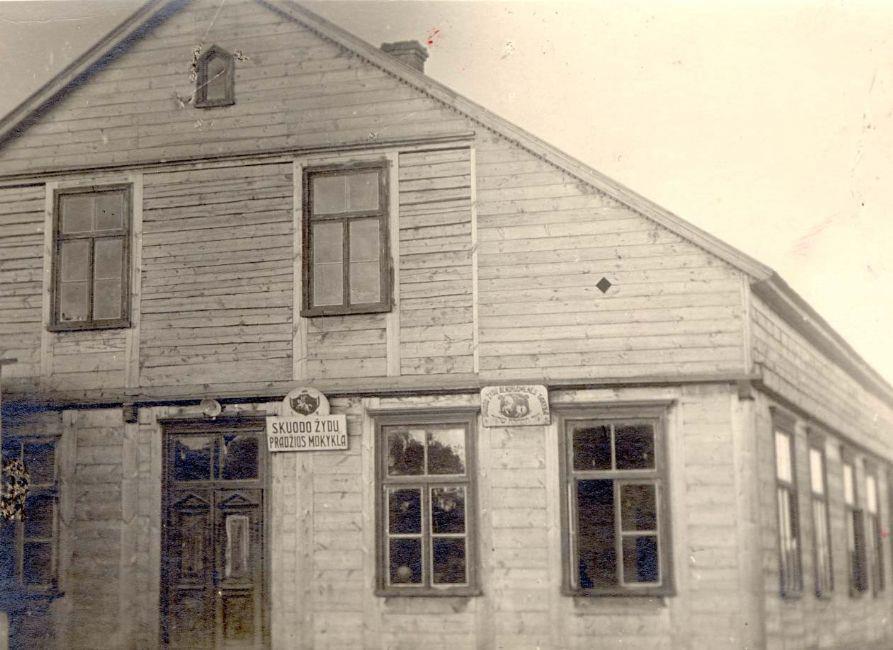 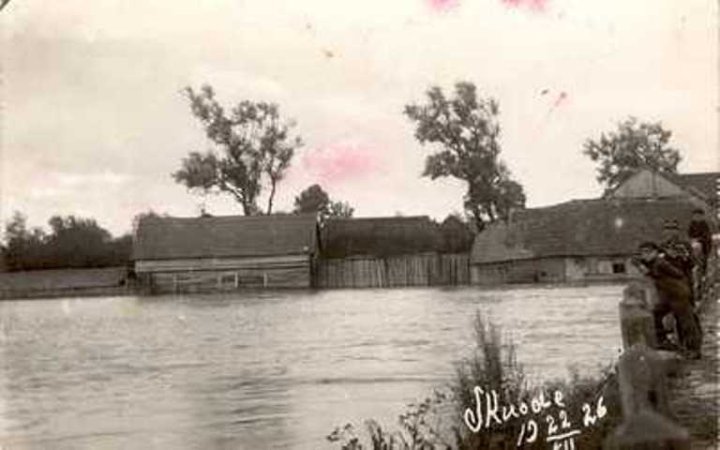 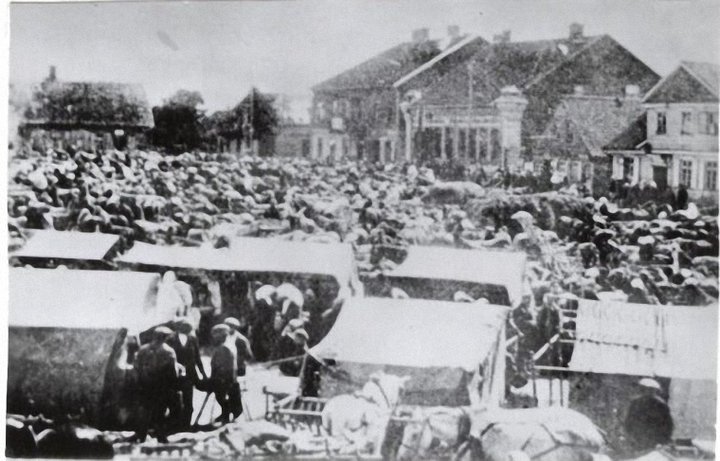 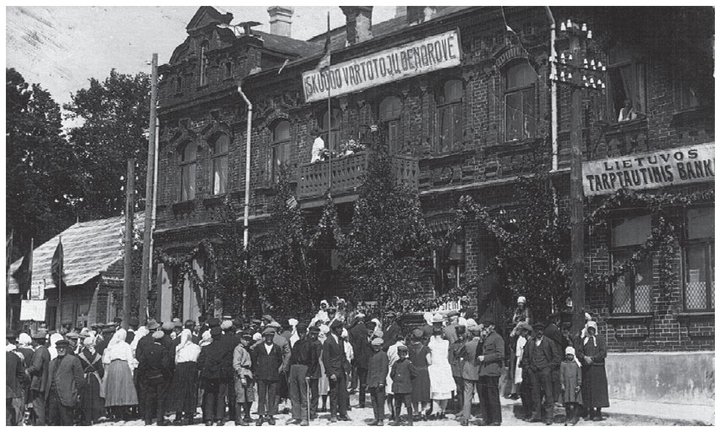 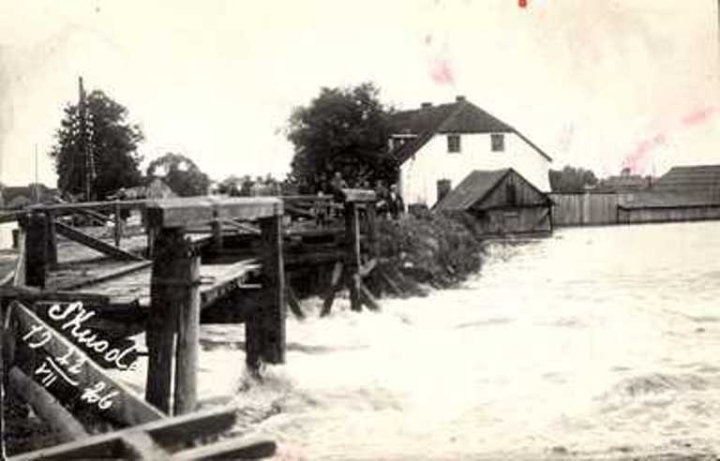 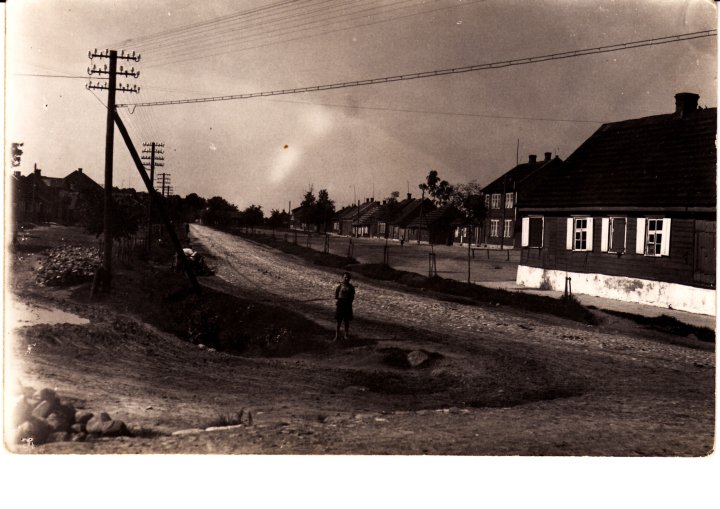 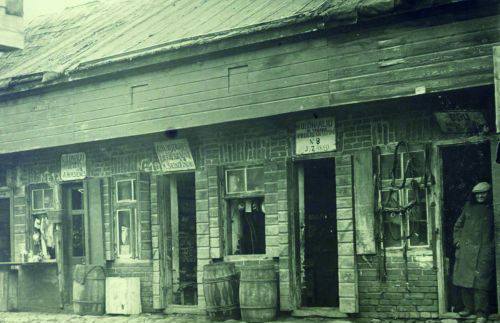 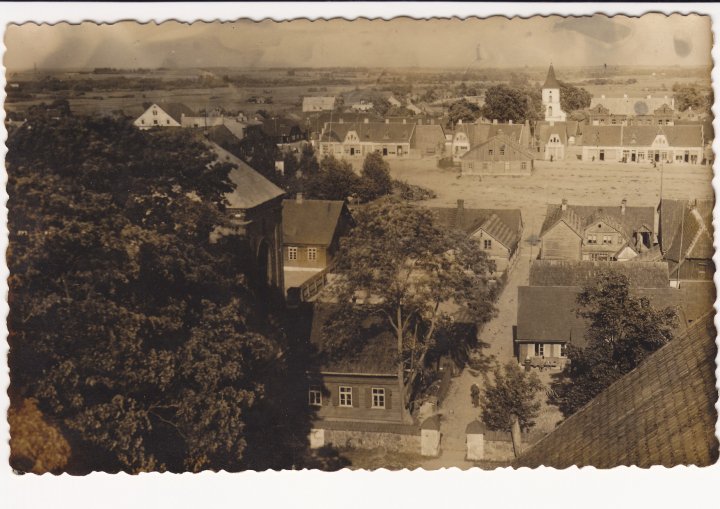 Square from the Catholic Church tower 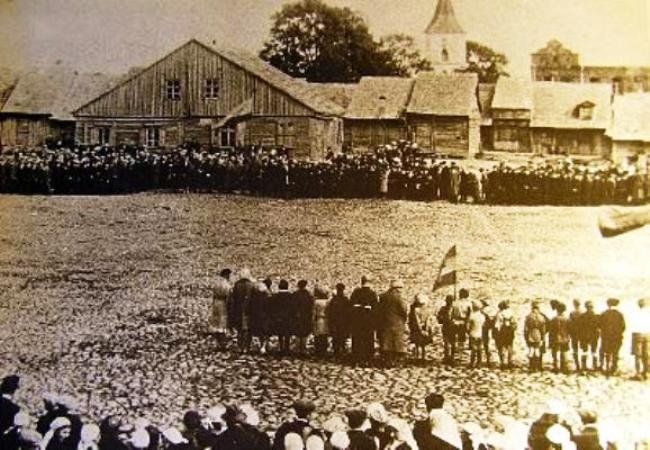 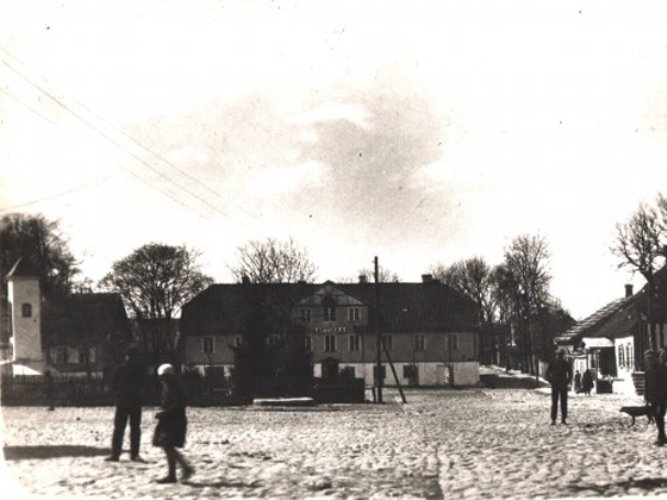