While walking through the Jewish Cemetery in Cholon, Israel, one can see memorial after memorial to the many Jewish shtetls that were flourishing all over Europe before the Shoah. Among the towns of “Litvakia” for which memorials were erected in Cholon is the shtetl of PLUNGIAN (PLUNGĖ), Lithuania. 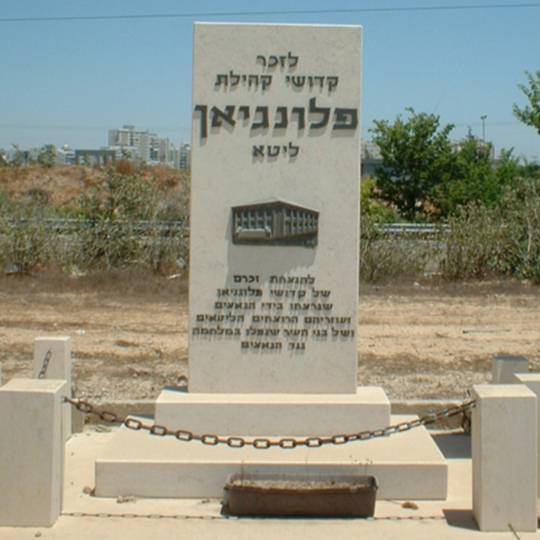 The Holy Ones of the Community of

To perpetuate the memories

Of the holy ones of Plungian

Who were slaughtered by the Nazis

and their murderous Lithuanian helpers

Jacob Josef Bunka's wood sculptures in the Koshan forest where the Plungyan Jews were shot and buried in 6 mass graves. 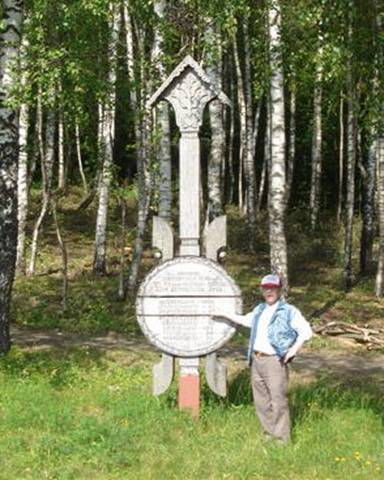 Memorial in the killing field. 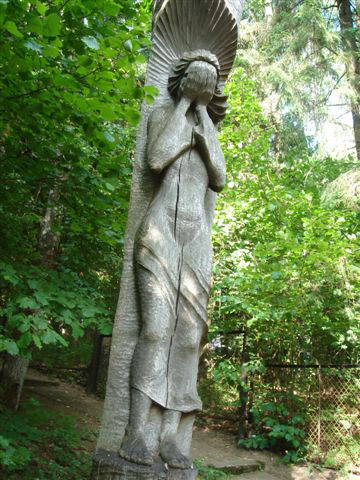 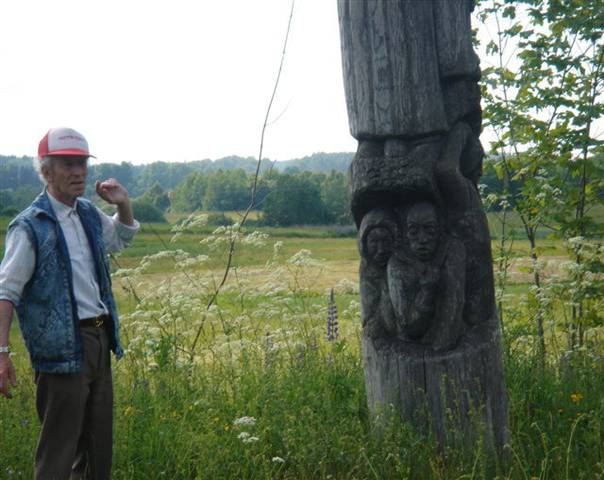 Yakov Bunka, pictured here, is the creator of these many wooden memorials in Plunge. 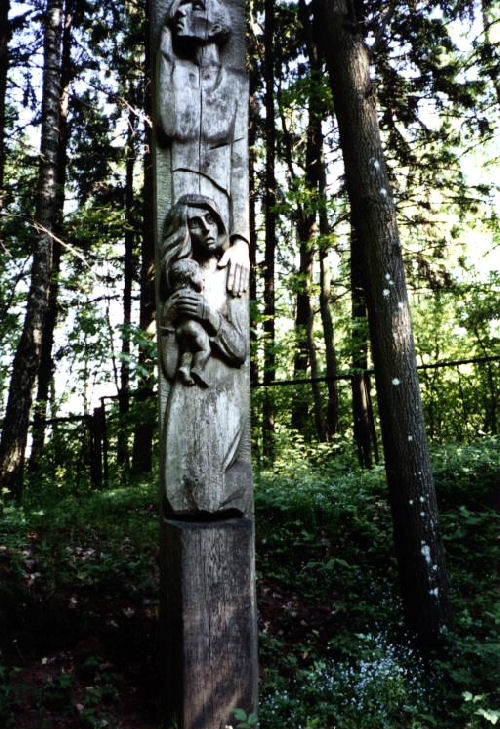 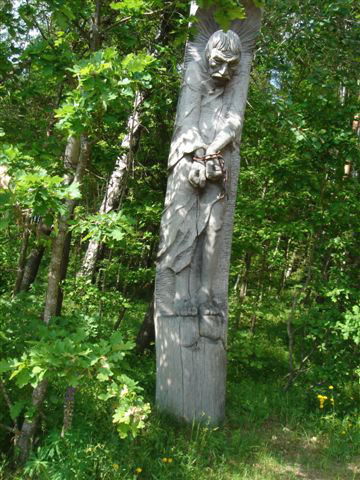 These memorials were carved from trees in the woods.

This material is made available by JewishGen, Inc. and the Yizkor Book Project 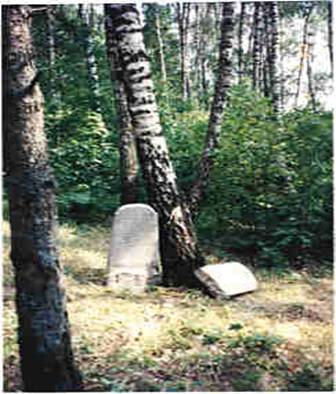 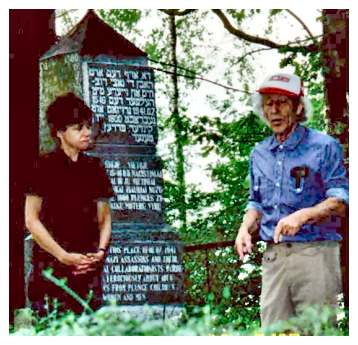 Jacob Josef Bunka and the memorial stone at Koshan which says: In this place July 1941, the Nazi assassins and their local collaborators gruesomely murdered 1800 Jews from Plunge, children, women and men. 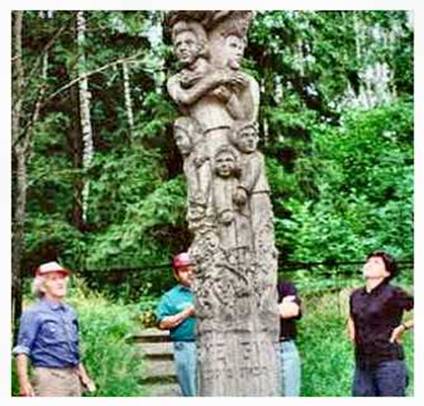 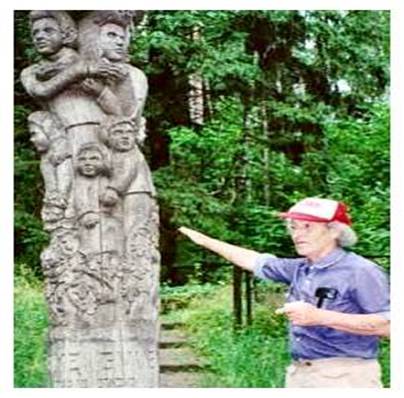 Jacob Josef Bunka with his wood sculptures in the Koshan forest where the Plungyan Jews were shot
and buried in 6 mass graves. 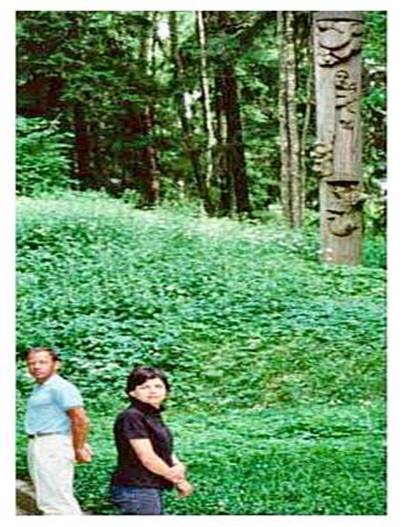 Bunka arranged for access paths leading to each mass grave. Bunka's sculptures can be seen in the background.

Her album on Lithuania has many amazing photos of other shtetles and Memorials. 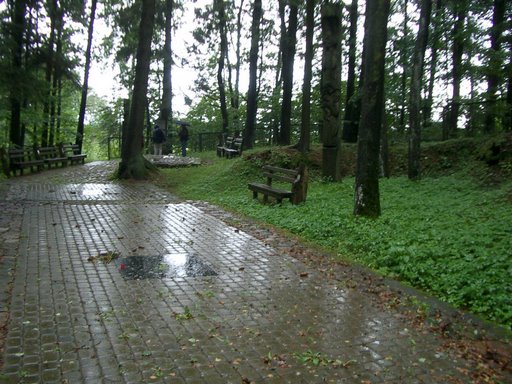 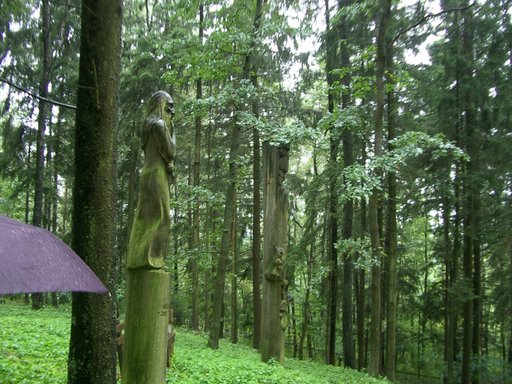 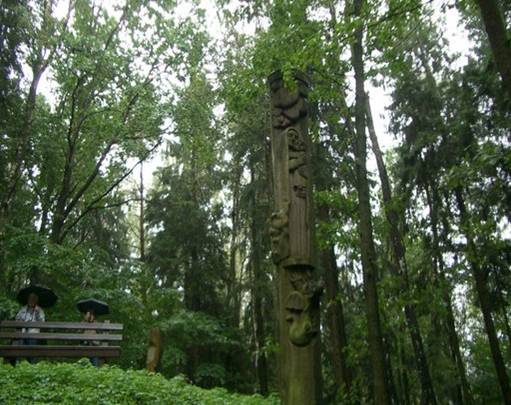 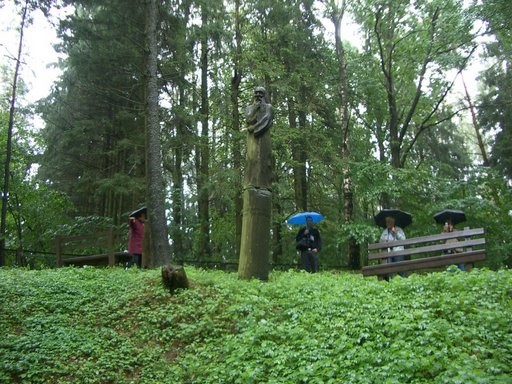 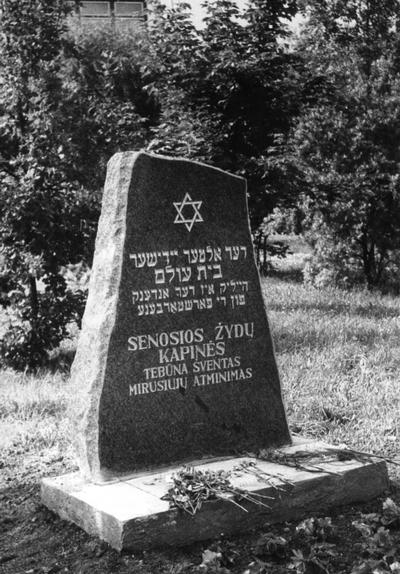